Yuuki the Bunny is Back!

To celebrate our 20th year in producing trans porn, we’ve featuring a special edition ‘Heritage Model’ each week throughout the year. We’ve reached out specifically to models who either started their careers here, or are often associated with Shemale Yum. In 20 yrs, we’ve shown over 1900 models. Some have had to be deleted for various reasons but if you trawl back through our archives you’ll find practically every TS model has appeared on this site at some time or other (often their first shoots are here). Some models kept coming back to work with us, others moved onto their own things and some shot once or twice, and decided the industry wasn’t for them. Take some time to discover some of the models shot 5, 10 or 20 yrs ago!

We think Tasha Jones is the model who is still working, who appeared here the earliest. We’ve a shoot of her in 1999, so it’s incredible that she’s getting more exposure (recent award nominations) 17 yrs after her debut and still looks so amazing. She appeared in one set, shot on 35mm film and scanned in, in 1999 and then a hardcore in 2005 and this is the first time she’s re-appeared. Tasha has her own site at Club Tasha and you should be able to meet her at The Transgender Erotica Awards. She’s a lovely girl and we all enjoy her company. 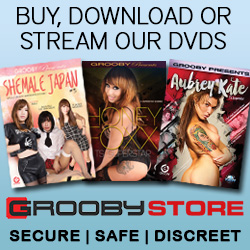